Menu
Find out more about diabetes and insulin here

Diabetes is a disease that many people have heard of, but few fully understand the specifics of this condition, as well as how each of its three main types differ: gestational diabetes, type 1 diabetes, and type 2 diabetes. Surely, you are already familiar with many complex terms that are often found in publications devoted to diabetes: blood sugar (glucose) levels, insulin, hypoglycemia, hyperglycemia, and ketoacidosis. At first glance, it is easy to get confused, but when you understand the terms, you can better navigate what is happening in the body of a person who has been diagnosed with type 1 or type 2 diabetes mellitus. Whether you are looking for information for yourself, your spouse, or a loved one, it is important to understand the causes, symptoms, and available treatments for diabetes.

What Is Diabetes Type 1? 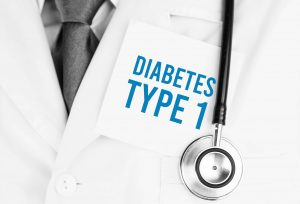 In type 1 diabetes (formerly called juvenile or insulin-dependent diabetes), the body stops producing insulin completely. People with type 1 diabetes must have daily insulin injections (or use an insulin pump) to survive. This form of diabetes usually develops in children or young adults but can occur at any age.

Despite the fact the signs of type 1 diabetes are similar to those of type 2 diabetes, there are discrepancies in the underlying symptoms and the way in which a definitive diagnosis is made. Because type 1 diabetes occurs when the pancreas stops making enough insulin, signs can develop quite quickly, usually within several days or weeks.

This happens more quickly in children than in adults, which is why adults are sometimes mistakenly diagnosed with type 2 diabetes. If you notice any signs of type 1 diabetes in yourself or someone close to you, you should immediately seek medical help – without treatment, the disease can be fatal.

The most common symptoms of type 1 diabetes are:

What Are the Reasons for Type 1 Diabetes Symptoms?

Due to the lack or complete absence of insulin in the body, blood sugar levels continue to increase with each intake of carbohydrates, stress, and other factors. While trying to get rid of glucose, the body excretes it in the urine, which flushes extra water from the kidneys. For this reason, there is excess urination and thirst.

Lack of this hormone prevents the body from directing glucose from the bloodstream to the cells. Needing energy, the body begins to break down fat, resulting in ketone bodies. In large quantities, ketone bodies are toxic and can cause diabetic ketoacidosis (DKA). This is a very dangerous symptom that requires immediate treatment.

Often people wonder what the causes of type 1 diabetes are. Although there is no definite answer to this question, you should know that this disease is not contagious, you are not to blame for its occurrence, and the point is not that you eat too much sweets.

When food enters the body, it breaks down into glucose (blood sugar), which is then used by the body to regulate metabolism and provide energy. The glucose then travels through the bloodstream to each cell. At this stage, the pancreas plays a vital role, and it is at this stage that you can tell if you have type 1 diabetes since the amount of glucose in your bloodstream is controlled by the insulin produced by the pancreas. If the pancreas is unable to produce enough of the hormone to regulate blood sugar levels, doctors diagnose type 1 diabetes.

There are 2 basic starting mechanisms for the development of type 1 diabetes viruses, diseases affecting the functioning of the pancreas and low levels of vitamin D in the organism.

If you have been diagnosed with type 1 diabetes, there are several treatment options available to you. The choice can be influenced by age, lifestyle, physique, and individual preferences.

With diagnosed type 1 diabetes, in the vast majority of cases, insulin therapy is prescribed – the introduction of a hormone through injections. The injected hormone is used by the body to process the incoming glucose.

In addition to the therapy, depending on the patient’s condition, drugs that lower blood sugar levels may be prescribed. And a diet will definitely be prescribed because diabetes treatment largely depends on following the recommendations for eating habits:

What Is Diabetes Type 2? 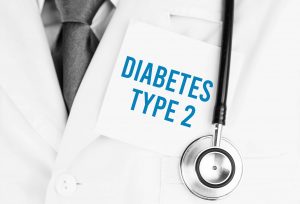 Type 2 diabetes (formerly non-insulin-dependent or adult diabetes) develops as a result of ineffective use of insulin by the body. Most diabetics suffer from type 2 diabetes. This type of diabetes occurs mainly in the presence of overweight and insufficient physical activity.

Its symptoms can be similar to those of type 1 diabetes but are often less severe. As a result, the disease is often diagnosed several years after its onset, after the onset of complications.

Until recently, this type of diabetes was observed only among adults, but nowadays, it is increasingly affecting children as well.

Briefly considering the symptoms of type 2 diabetes, there are 3 main ones:

This condition is also known as polydipsia. In essence, it is a persistent desire to drink water despite drinking adequate amounts of it throughout the day.

By analogy with polydipsia, this symptom is called polyphagia. A continued heightened sense of hunger against a background of lack of physical activity can be an indicator of the presence of problems in the body.

The last of the three main signs and the last “P” is polyuria. It can be described as unusual or irregular urination that persists day after day.

The middle-aged group over 40 remains the greatest risk, although there may be significant differences depending on nationality. In the same age group, there is the fastest increase in the number of people with newly diagnosed diabetes – it is believed that this is directly related to a decrease in physical activity and, as a result, an increase in body weight.

Although middle-aged people are at the greatest danger of developing type 2 diabetes, diagnosis of type 2 diabetes in young people and even children is not uncommon these days.

Being overweight can significantly increase your risks of developing type 2 diabetes. About 90% of type 2 diabetics aged 16-54 are overweight or clinically obese, so a weight loss program is one of the recommended treatments after diagnosis. Potential extra pounds you or someone close to you can increase your body’s immunity to insulin, which, in turn, increases your dependence on treatment that requires the introduction of the hormone.

International studies have identified a possible relationship between nationality and the risk of diabetes. Studies have found that people of African or Creole descent have a 3 times higher risk of type 2 diabetes developing, while those of South Asians are almost 6 times more likely to develop the disease.

Possible causes of type 2 diabetes also include genetics and family history. Despite the importance of this factor, it is not a determining factor in the development of the disease but only increases the risk. If any of your close relatives – mother or father, brother or sister have this condition, you are at an increased risk of developing diabetes.

Your previous medical conditions are another possible cause of type 2 diabetes. The condition of the body can either provide a solid foundation for fighting diabetes or increase susceptibility to the disease.

Factors that can increase your risks of developing diabetes:

If traditional approaches like diet, exercise, or antidiabetic medications do not work to achieve the desired effect and improve your diabetes, alternative methods may be used. To control blood glucose, people with type 2 diabetes are prescribed insulin-like medications that are administered after the meal and can be rapidly-acting or long-acting and help to

This is actually the greatest difference between them. People with diabetes type 1 must constantly take hormone medications as their own organism does not provide this hormone. Patients with type 2 diabetes have an insufficient level of insulin, but they do not need to take diabetes medicines all the time. Sometimes, a mere diet, physical activity, and lifestyle changes are enough to lower high blood sugar levels.

In order to decrease the risk factors for type 2 diabetes development, it is important to lead a healthy lifestyle, meaning eating healthy food and be active. Lifestyle changes like replacing junk food with fresh vegetables and fruits, doing sports, and lots of walks outside are effective for the prevention of lots of health problems, including diabetes. These measures will help you make sure you limit your chances to develop type 2 diabetes. Things are more complicated with type 1, but following this advice is good anti-diabetes care.